Awards honor the global design profession and its practitioners

SOLANA BEACH, CA – DDSTUDIO, a human-centered design firm in Southern California, today announced it has been honored by the Core77 Design Awards for what jurists said was its “outstanding execution, insight, creativity and intent” on the design of Nicoya’s Alto Digital SPR System. The fully-automated benchtop surface plasmon resonance (SPR) system measures the interactions between molecules in real-time.

The annual Core77 Design Awards, now in their 9th year, celebrate the richness of the global design profession, as well as the insight and perseverance of its practitioners. Core77 awards are given in 18 categories to a select few of more than 1,000 entries. In the Commercial Equipment category, which included hundreds of finalists, DDSTUDIO’s work was honored alongside Starbucks and Philips Experience Design.

“It’s great to be recognized by Core77 and its panel of industry experts for creating a stunning human-centered brand language to support Nicoya’s transformative technology,” said DDSTUDIO Chief Charles Curbbun. “Together we designed a purposeful instrument that improves life,” Curbbun said.

The Alto System offers life science researchers a sleek, benchtop tool representative of its futuristic technology. DDSTUDIO designed a striking instrument that augments existing workflows and has an intuitive experience for all users, empowering them to focus completely on the task at hand.

DDSTUDIO is now eligible for the Core77 Community Choice Award, which is determined by the public’s selection of its favorite from among all the Core77 honorees. To learn more about the award, visit Core77’s list of honorees, or click directly to DDSTUDIO’s honoree page to cast your vote. Voting is open through July 7. We’re silent today to help amplify the voices of those who aren’t being heard. #blackouttuesday #empathy #inclusivity

Tear Film Innovations’ iLux® Dry Eye Treatment System fits in the palm of the hand and has a simple user interface, allowing patients to be treated effectively in a medical office

CARLSBAD – DDSTUDIO, a human-centered design firm in Southern California, today announced it has been awarded a gold 2019 Medical Design Excellence Award for iLux® Dry Eye Treatment System. The award recognizes product design and engineering that improves the quality of health care delivery and accessibility. Winners of the MDEA were announced during an awards reception at the annual MD&M East Conference in New York City on June 11.

The visually striking iLux system is designed to fit in the palm of an eye care professional’s (ECP) hand and uses light-based heat energy to provide both physicians and patients with a quick, easy and affordable treatment for a prevalent form of dry eye known as Meibomian Gland Dysfunction (MGD).  More than 100 million people worldwide are afflicted with MGD, a painful condition that erodes one of the three tear films protecting the eye.

“It’s great to receive recognition for this human-centered bridge to a new and enabling technology,” said DDSTUDIO CEO Charles Curbbun. “Our client, Tear Film Innovations, embraced ergonomic design and high image throughout the development process. The iLux becomes an extension of the ECP’s hand, allowing full focus to be directed on treating the patient’s dry eye,” Curbbun said.

The elegant, reduced-sculptural look of iLux is paired with an uncomplicated user interface.

Tear Film enlisted DDSTUDIO to design a product that would be delightful at every touch point, from out of the box, to set up, treatment, charging and cleaning. The project included development of the product’s visual brand language.

DDSTUDIO’s design team incorporated input from ECPs and patients to develop a first-of-its-kind solution: A handheld device with an integrated magnifying lens, one-button control of heating and compression and a removable-tip applicator.

The device’s simple lines are maintained with smooth and seamless transitions across materials. The illuminated magnifying lens that is integrated into the handpiece allows an ECP to view and treat the tiny glands that line the patient’s eyelids.

DDSTUDIO’s work has been repeatedly recognized with MDEA awards, including a record three awards in 2018.

From “zero to commercial” in two years—a savings of at least $5 million and three-to-four years research and development—that is the return on investment BioFluidica CEO Rolf Muller, Ph.D., attributes to human-centered design.

Muller, a successful veteran of the biotechnology industry, engaged with DDSTUDIO and its human-centered design process when starting development of BioFluidica’s liquid biopsy device because experience taught him that engineering a product that functions isn’t enough to fuel success. Medical technology also needs to satisfy the wants and needs of its users in a way that stokes their desire for it.

Empathy for the end-user in their unique and complicated environment is the cornerstone of human-centered design. What does that look and feel like in the context of medical technology’s bottom-line? Muller summed it up nicely when he joined me, IntelliGuard CEO Gordon Krass, and TruMed Systems CTO Joe Milkovits, on a panel about the topic at Biocom’s Device Fest:

“Your technology may do incredible things, but if the user doesn’t use it, the technology doesn’t matter.”

The experts at Ernst and Young agree. The firm’s 2018 Pulse of the Industry report states that to succeed despite the pressures of reimbursement, rapidly evolving technologies and super-consumers, “companies must evolve their focus from product-centric to the consumer experience.”

I proposed the Device Fest panel as a forum for medical device executives to share their experiences with human-centered design and explain the value they’ve found in it. The executives also addressed the misperception that human-centered design is a fuzzy concept. Far too often companies with cutting-edge technology focus on engineering a product that could be the best solution, but neglect the user’s daily rituals and emotions.

Good design isn’t just about making a product aesthetically pleasing. As DDSTUDIO CEO Charles Curbbun tells clients: “When human-centered design is done right, the product starts to disappear and the experience takes over, allowing users to get into the flow.”

Muller said that in a scheduled brainstorming session, BioFluidica’s team proposed ditching plans to create their own processing system for its proprietary chips that hold the patient sample. Alternatively, they could use an already FDA-approved system from Hamilton Robotics. That out-of-the-box idea worked, resulting in the massive savings in time and money.

TruMed Systems incorporated human-centered design into its first generation AccuVax Vaccine Management System, a refrigerator/freezer storage and inventory system for handling vaccines in the doctor’s office.  It has since gathered valuable data to incorporate in its second-generation product, Milkovits said. Visiting offices where AccuVax would be used was invaluable, he said.

“We learned the important difference between a 28-inch-wide machine that fits through doors and into cubicles, versus a 36-inch device that doesn’t do either,” he said. That knowledge influenced many subsequent decisions, he added. Prototypes of multiple iterations allowed nurses to provide insightful analytics. We also learned increased height would enhance capacity, while internal changes would make the machine easier to build and more reliable, he said.

IntelliGuard’s Linked Visibility Inventory System, which uses RFID technology to track and inventory drugs used in surgery, had its cross-functional product development team build empathy for hospital pharmacists and anesthesiologists through extensive research, Krass explained. Team members shadowed anesthesiologists at work, including a software engineer who spent the day in the OR, he said. One gets a real sense of how there is no room for error when you see the patient there on the operating table, he said.

This immersive research also allowed the team to learn early about the complicated legal and regulatory issues for handling drugs in the environment, which informed later decisions.

“The learning that occurred through this process is significantly better than what we could have ever done on our own,” Krass said. “You have to get into an environment and see people using the product to understand how to mitigate risk.”

DDSTUDIO, whose human-centered design work focuses on the end user in context, congratulated clients InfoBionic®, Hologic® and IntelliGuard® for each winning a Medical Design Excellence Award (MDEA) Tuesday, 6/12/2018, at the Medical Design & Manufacturing (MD&M) East conference in New York City. The awards recognize design and engineering that improves the quality of health care delivery and accessibility.

Only once before has a design firm had three client products named as finalists in one year for the prestigious award.

“All three of these very different devices were designed to fit seamlessly into the user’s life or workflow, which is the essence of DDSTUDIO’s human-centered design process,” said Charles Curbbun, DDSTUDIO’s chief executive. “Each device delivers cutting-edge technology that is transformative in its own category.” 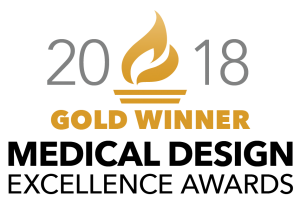 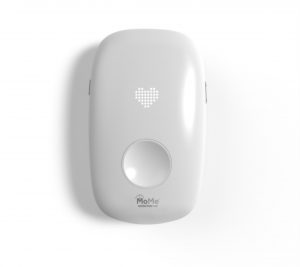 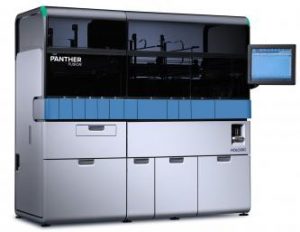 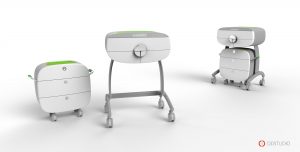 “Normally you wouldn’t think design would matter for a product used by anesthesiologist in the OR, but we thought it is important to prioritize both form and function to improve workflows,” said Gordon Krass, IntelliGuard’s CEO. “I would like to thank DDSTUDIO for their creative work on the Linked Visibility Inventory System™ (LVIS™) and the Medical Design Excellence Awards committee for this honor.”

The awards are judged by an impartial, multidisciplinary panel of expert jurors comprised of a balance of clinicians, engineers, and designers.

Read more about the finalists

Elevate your Vision with DD Studio

Come talk with us about your specific ‘point of entry’ for designing products and interfaces that speak to your customer experiences. You will find value in understanding the entire journey, as we guide you every step of the way from ‘category creation’ to ‘product launch’.