DDSTUDIO has been collaborating with the CUBIC development teams for the past four years to create a new human-centric approach to Public Transit Validation. Using a phone or contactless card is an obvious win-win (passenger’s have one less item to remember, transit agencies get out of the customer’s way – resulting in faster throughput and less congestion).

We put a simple interactive face on the system. The validator pad is angled towards the passenger so the swipe becomes part of a natural movement through the gate. The updated Vending Machine organizes activities from Left to Right, Top to Bottom for intuitive first-time use. Locals will always move through fast, but tourists and the less-abled have had a hard time understanding what they can do.

To help we added Illuminated areas to guide the traveler to the next activity, we also built a GUI that focuses on a positive experience, rather than the old approach of programmer ease. We made a clear path through all types of transaction and added ‘points-of-interest’ as a easier way to find destination. For fast recognition the same validator screen is replicated on the Machine, the Gate and the Bus entry.

We have all had difficulty moving through public transportation in a new City. We observed the confusion during lengthy on-site research trips to Boston and New York. Study groups were held with all types of traveler including physically /mentally impaired /ADA (testing existing solutions and future concept mock-ups – physical and digital).

We defined many areas of frustration, and provided new paths to fast, successful transactions.

“The New York Metropolitan Transportation Authority (MTA) has voted to grant a contract worth more than $500 million to Cubic Transportation Systems (CTS) to set up a new fare payment system for the city’s subway, bus and rail systems that will allow riders to pay directly with mobile devices as well as debit and credit cards”  Govtech.com

“The board overseeing the Boston area’s transit agency on Monday approved a $723 million overhaul of its fare collection system that will phase-out the existing CharlieCard and allow riders to board trains, trolleys and buses with the tap of a credit card or smartphone”  WBUR News

Charles discussing our Client and their full team’s integration in our design approach: 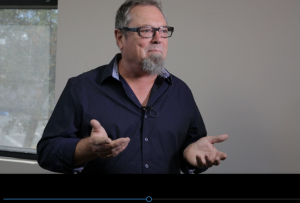